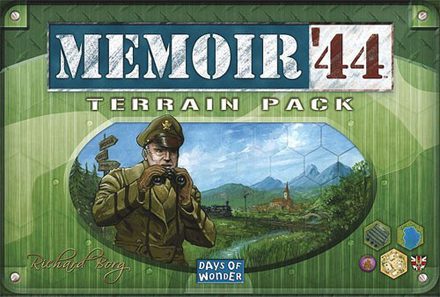 From the sand dunes of North Africa to the mountain passes of Northern Italy; from the Pripet Marshes of Southern Belarus to the High Ground surrounding Operation Market Garden... Prior to WWII, never before in history had a conflict been fought by so many men over such vast expanses of land and so many different terrain types.

As many of you have discovered, Memoir'44 is more than just a game, it is also a complete and expandable game system in its own right.

In order to make the North-African battles more realistic, you can usethe Winter/Desert Board, sold separately. With the board, you will also find some simplified campaign rules to connect several battles into a campaign and Blitz rules to play the scenarios occurring in the early years of WWII.