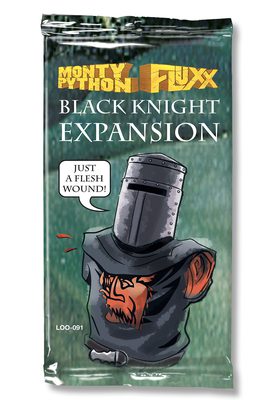 NONE SHALL PASS! Now at last the Black Knight will start making an appearance in your games of Monty Python Fluxx! This Creeper is so in-your-face that NOBODY can win if he's in play...unless, of course, one of the 6 new Goals in the set requires him. He's joined by another oft-missed character, Tim the Enchanter! Tim causes things to explode! The 10 card pack even includes a couple of New Rules including It's A Quest!

Requires the Monty Python Fluxx base game (not included).