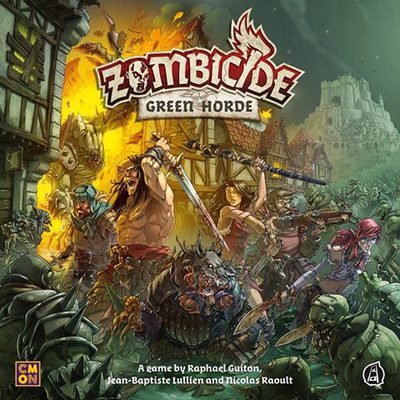 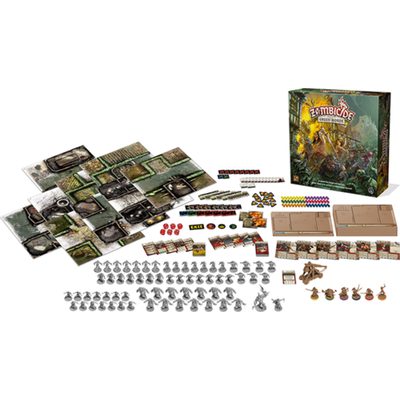 This sequel to the smash hit Zombicide: Black Plague will bring players back into a world of deadly medieval fantasy, this time filled with infected orcs and goblins who will put survivors to the ultimate test. This green menace is not only stronger than their human counterparts, but they also tend to gather into massive hordes that ambush the survivors when they least expect it. Uncover the many surprises the Green Horde has in store for you!

It is the standalone sequel to Zombicide: Black Plague. Set in the same medieval era, players will take on the role of Survivors looking to defeat the shuffling, undead menace by any means possible.

In Green Horde, up to six players can join the battle for survival. They’ll combine forces and work cooperatively to accomplish their goals, and against all odds, stay alive. Fans of the Zombicide series have become familiar with the Walkers, Runners, Fatties, and Abominations that shuffle around, looking for victims. But the creatures they will face are not just zombie humans, they’re zombie orcs! The Survivors will have to gear up with a wide variety of medieval equipment if they hope to outlast these fearsome foes. Zombie Orcs are stronger than the classic zombie and represent a stiffer challenge to even seasoned undead-hunting veterans.