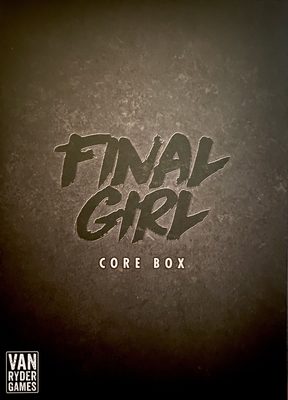 This Core box is NOT playable by itself and requires you to also own at least one Feature Film Box.

Final Girl Core Box Playing on a famous horror movie trope, Final Girl is a solitaire-only game that puts the player in the shoes of a female protagonist who must kill the slasher if she wants to survive. The Core Box, when combined with one of our Feature Film Boxes, has everything you need to play the game. Each Feature Film Box features a unique Killer and iconic Location, and the more Feature Films you have, the more killer/location combinations you can experience! In game terms, Final Girl shares similarities with Hostage Negotiator, but with some key differences that change it up, including a game board to track locations and character movement.