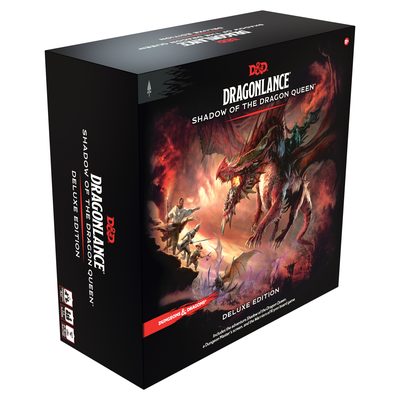 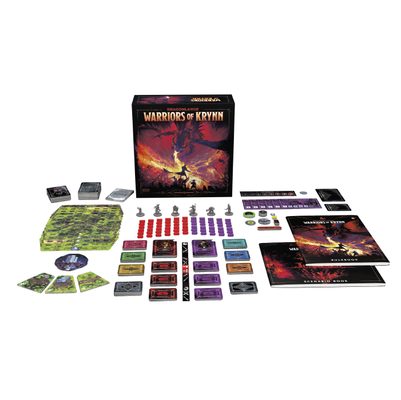 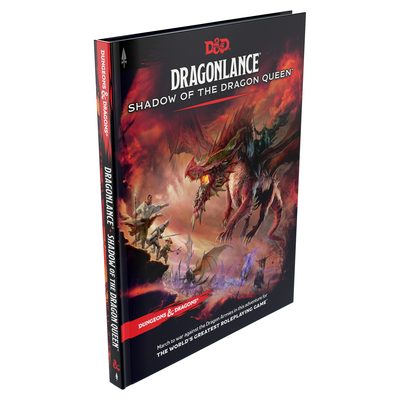 The army of the evil Dragon Queen marches across Krynn, opposed by an alliance of desperate defenders. On the battlefield and beyond, it’s up to a band of adventurers to turn the tide of war and save Krynn. Experience these heroes’ adventures in Shadow of the Dragon Queen Deluxe Edition, a unique experience that connects the Shadow of the Dragon Queen Dungeons & Dragons roleplaying adventure for characters of levels 1–11 with the mass-combat battles of the Warriors of Krynn™ cooperative board game!

HEROES OF WAR: Provides character creation rules highlighting core elements of the Dragonlance setting, including the kender race and new backgrounds for the Knight of Solamnia and Mage of High Sorcery magic-users

DRAGONLANCE: Introduces the Dragonlance setting to 5th Edition and an overview of what players and DMs need to run adventures during this world spanning conflict.

WORLD AT WAR: Participate in an epic war story set during the War of the Lance.

VILLAINS: Pits heroes against the infamous death knight Lord Soth and his army of draconians.

BATTLE SCENARIOS: Offers 12 different scenarios of varying difficulty, 6 with content customized for interacting with encounters in Shadow of the Dragon Queen.