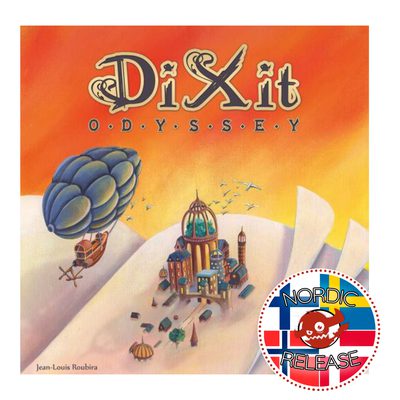 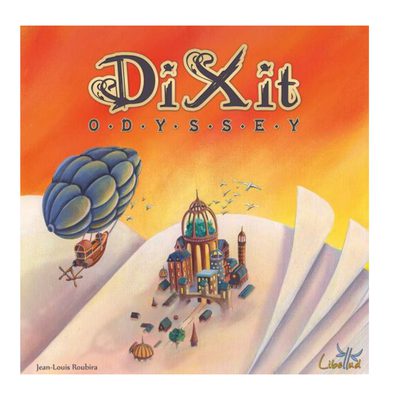 Dixit Odyssey is both a standalone game and an expansion (Dixit: Odyssey (expansion)) for Jean-Louis Roubira's Dixit, which won Germany's Spiel des Jahres award in 2010.

Dixit Odyssey contains 84 new cards, each with a unique image drawn by Pierô and colored by Marie Cardouat, artist of Dixit and Dixit 2. The stand alone version also includes a folding game board, 6 new rabbit scoring tokens (12 total), and a box large enough to hold all the Dixit cards released to date. The stand alone version of Dixit Odyssey includes enough components for up to twelve players and also has variant rules for team play and for new ways to play with the cards.